Evan Redding, of Prospect Park, was recently appointed to the Shippensburg University Council of Trustees by Governor Tom Wolf and approved by the Pennsylvania Senate. Redding will represent his peers as the student member of council.

“This is an incredible honor and I am ready to represent students as a whole and be their voice,” Redding said.

Redding has been an active member of the Ship community since his freshman year. Serving as a resident assistant, Activities Programming Board treasurer, orientation leader and peer mentor, he has had the opportunity to interact with a large portion of the student body. He is excited to turn that interaction into something meaningful for his fellow students.

“I am excited to bring student concerns and ideas to those who impact the decision making at Ship,” Redding said.

Redding is not only excited to bring new ideas to Ship, but also preserve what he loves most. “Ship was the first place where I was able to explore ideas and find my passion,” he said.

That passion led him to the John L. Grove College of Business as a finance major. He hopes to pursue a Master of Business Administration degree and a career in investment and capital allocation. 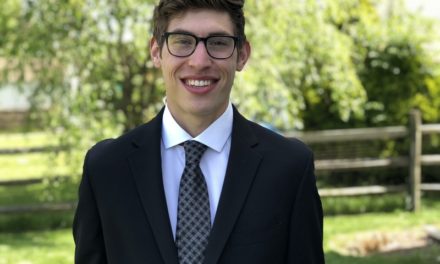