Caitlin Wilson would be the first to admit that there is a big difference between biology and graphic arts. But that didn’t stop the Shippensburg University senior from designing a logo for the Pennsylvania State System of Higher Education (PASSHE).

“I had completely forgotten about the contest,” Wilson said, so she was surprised – and excited – when she found out her logo was chosen. “I always had an art background and that helped. I took a lot of art classes all through high school.”

Her winning entry was announced Wednesday (April 7) by the PASSHE Chancellor’s Office. The logo design contest was open to all PASSHE students and more than 100 entries were submitted. She will receive a $5,000 award from the Pennsylvania State System of Higher Education Foundation.

“When we considered redesigning our logo and website, we made a conscious decision to involve our students in the process,” said Karen Ball, PASSHE vice chancellor for external relations. “The number and quality of entries we received demonstrated the tremendous talent of our students at all of our universities and resulted in a robust competition.”

The students’ submissions in both portions of the competition were reviewed by a committee that included individuals from the Office of the Chancellor and the campuses.

This was Wilson’s first foray into graphic arts, and she credits her boyfriend Justin Majeczky, a graphic designer for the Triscari Group in Harrisburg, with getting her interested in that side of art.

“He put the program on my Mac and I started fiddling around with it,” Wilson said. Designing the logo wasn’t too difficult, according to the biology major from Gettysburg, because the rules specified that the outline of the state be used in the logo and that the locations of the 14 universities be included. That gave Wilson a starting point.

For inspiration, she turned to the sun. “One of the main goals of PASSHE universities is to help provide higher education to prepare students for personal and professional success. The sun is the main source of life for all on our planet, and PASSHE’s role is to help better that life.”

Wilson used orange and blue for her logo. “I’m definitely a fan of brighter, more bold colors, bright blues and oranges. For a logo I figured it made sense to go with brighter, bold colors.’

Despite her success in her first attempt at logo design, Wilson said she doesn’t see it becoming a career, although “if something similar to this came up I might try it.”

She isn’t sure yet what her career plans will be after graduating in August but she knows the prize money will come in handy. She’s planning to save it for a move to Colorado after graduation. That move will provide Wilson with an opportunity to explore another pastime Majeczky introduced her to: snowboarding. 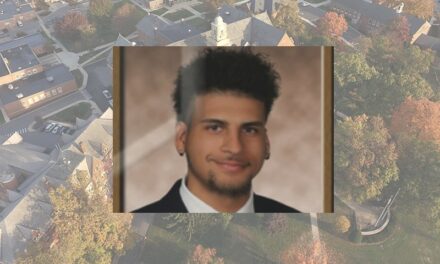 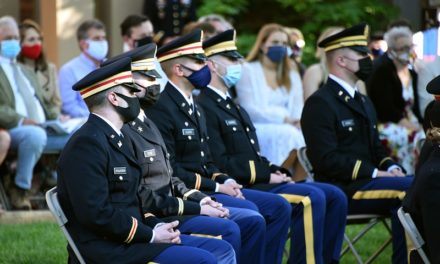 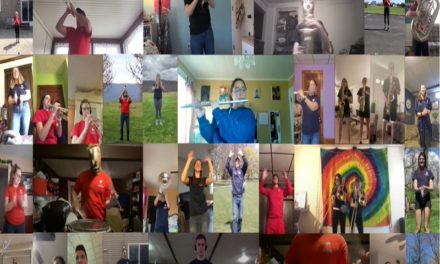 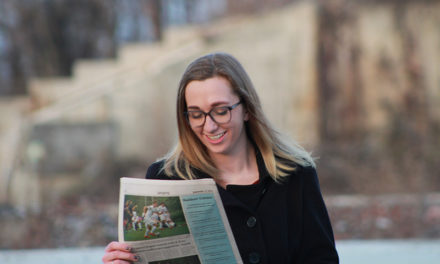