A Shippensburg University professor recently received a Fulbright grant to teach in India next year.

Dr. Luis Melara, associate professor of mathematics, will use his Fulbright U.S. Scholar Program award to teach at the Indian Institute of Technology in Bhubaneswar during the spring 2016 semester.

Melara’s focus will be comparing the teaching of math in the United States and India, with the goal of improving undergraduate teaching practices for SU students.

“If you look at mathematics graduate programs at universities in the United States, a lot of students are from India and countries in Southeast Asia. Of those, India is the largest democracy,” Melara said. “Indian students are highly motivated and demonstrate strong mathematical backgrounds. I hope to better understand those aspects of the Indian educational system that have resulted in the success of its students.”

An applied mathematician, Melara teaches such courses as calculus, differential equations and numerical analysis along with the Department of Mathematics’ general education courses. He conducts oral reviews with his students to prepare for exams, and will use them in his teaching in India as well.

“We’ve found that student performance has improved with the oral review sessions,” he said. “I will use the oral reviews I’ve implemented in the calculus sequence at Shippensburg as a bridge between the two educational systems. I want to see how the Indian students receive the practice and how it helps them prepare for exams. I will look for feedback from them to see if there are ways we could improve the practice for our students.”

Melara is excited for the opportunity. “I’m extremely honored and very happy to have gotten the award,” he said. “I want to be able to learn from the Indian students as well as teach them.”

The Fulbright Program is the U.S. government’s flagship international exchange program. Administered by the Department of State’s Bureau of Educational and Cultural Affairs, it is designed to increase mutual understanding between American citizens and those of other countries.

Fourteen SU faculty members have received Fulbright awards since 1998, including five in the last five years. 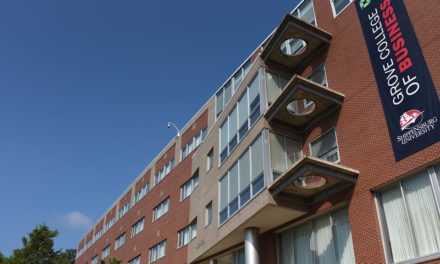