The Board of Governors of Pennsylvania’s State System of Higher Education has selected Dr. Laurie A. Carter as the 17th president of Shippensburg University of Pennsylvania, effective Aug. 7. The State System made the announcement today (May 18) and released the following information:

Harrisburg – The Board of Governors of Pennsylvania’s State System of Higher Education today unanimously selected Laurie A. Carter to be the next president of Shippensburg University of Pennsylvania, effective Aug. 7.

Carter is executive vice president and university counsel for Eastern Kentucky University, a regional, public university enrolling more than 16,000 students in Richmond, Ky. She previously served as vice president for arts education at the New Jersey Performing Arts Center and vice president and general counsel of The Juilliard School. She is a graduate of what was then Clarion State College, now Clarion University of Pennsylvania.

“Laurie Carter will bring to Shippensburg University a wide range of experience and success in a variety of educational settings,” said Board of Governors Chair Cynthia D. Shapira. “She has demonstrated outstanding leadership and vision in each of those settings, and throughout her career. We are confident she will do the same in her new role as university president, and will be an excellent leader for Shippensburg.”

As executive vice president at Eastern Kentucky, Carter serves on the president’s cabinet and assumes responsibility for the university in the president’s absence. She provides leadership for 33 departments, including the University Counsel’s Office and the Division of Student Success, overseeing a budget of more than $71 million. She created the Student Success Center and initiated a program for first generation college students at EKU.

“President-select Carter has built an impressive resume over a distinguished career, one very much focused on students and their success” said State System Chancellor Frank T. Brogan. “There are exciting days ahead for Shippensburg University, and I look forward to working with her on behalf of the university and the entire State System.”

Carter said she is “honored” to have been selected to serve as the next president of Shippensburg University.

“Shippensburg’s commitment to an affordable, quality academic experience and service to its region and the State of Pennsylvania resonates with me,” she said. “I am a graduate of the State System. Leading Ship during this pivotal time in higher education provides me with the opportunity to contribute to the success of both Shippensburg University and the State System. My family and I are thrilled to be joining the Shippensburg community.”

Carter’s selection as Shippensburg University’s next president comes at the conclusion of a nationwide search. Glen Grell, a member of the university’s Council of Trustees who chaired the presidential search committee, said the committee was impressed with Carter’s senior-level experience at a comprehensive public university.

“Her roots in the State System give her a special appreciation for and commitment to the mission of Shippensburg University,” Grell said. “Throughout her interviews and her on-campus presentations, she impressed each group with her preparation for the presidency and her ability to be a strong advocate for our university, its students, faculty, alumni, administration and the entire Shippensburg community.”

Council of Trustees Chair Michael Schaul thanked those who participated in the search process, while welcoming Carter to the university.

“With the work of our entire Ship family—our search committee approved by our Trustees Council; our search firm, RPA Inc.; and support from Dr. Peter Garland of the System Office—we have found our next president,” Schaul said. “We wish her well and know she will make a difference. We will not forget the work of our Interim President Barbara Lyman and her staff for their good work. Our next priority is to support President Carter as she adds her work to protect and grow our university.”

In addition to the Bachelor of Science in communications degree she earned from Clarion, Carter also has a Master of Arts degree in communications from William Paterson College and a Doctor of Law degree from Rutgers School of Law-Newark.

Prior to her initial appointment as executive vice president for student success and university counsel at Eastern Kentucky, Carter spent about a year as vice president for arts education at the New Jersey Performing Arts Center, where she was responsible for providing strategic leadership, external relations and administrative management of the third largest arts education program in the United States. Previously, she held various positions over almost 25 years at The Juilliard School, considered the nation’s premiere performing arts college.

Carter began her tenure at Juilliard as director of student affairs, a position she held for five years before being named assistant dean for student relations and legal adviser. She also served as associate vice president and vice president for legal and student affairs and was founding executive director of jazz studies at the prestigious performing arts school. She created, implemented and supervised diversity initiatives, resulting in a 10 percent increase in under-represented students and a doubling of under-represented faculty. She created and implemented jazz studies at Juilliard, leading the successful effort to have the program accredited. She also led the planning and design of a $200 million renovation project at the school.

Carter has taught at Eastern Kentucky, Juilliard and Seton Hall University. She also was director of residence life at Fairleigh Dickinson University and a residence hall director at William Paterson. She is a member of the Kentucky and New York State bar associations; the National Association of College and University Attorneys; and the National Association of Student Personnel Administrators. She also is a board member of YMCA-Richmond and LexArts.

Shippensburg University has a current enrollment of about 7,000 students. It offers more than 100 undergraduate and nearly 60 graduate programs. The university began as the Cumberland Valley State Normal School in 1871, and was the first normal school in Pennsylvania to be designated a state teachers college, in 1917. It became a university in 1983, upon the creation of the State System. 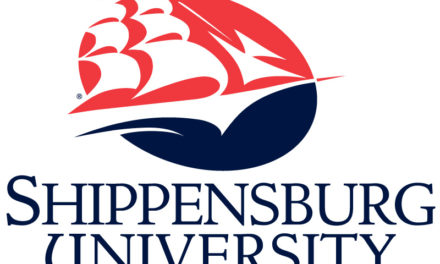 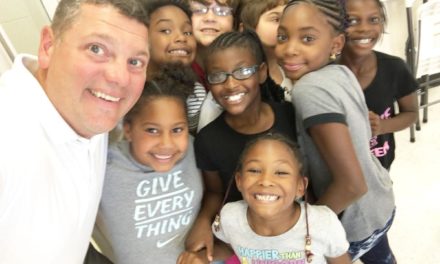