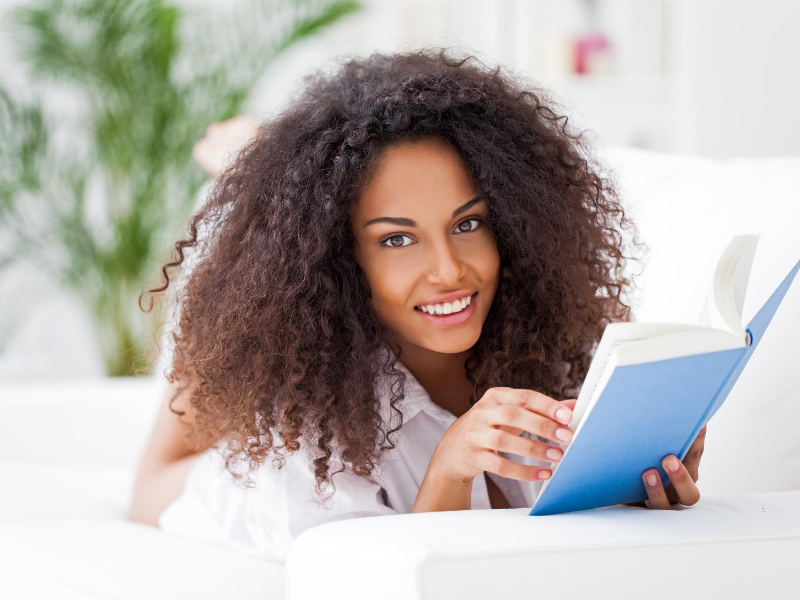 All Shippensburg University alumni have a story to tell. As the pandemic brings the world to a pause, and we find ourselves spending more time at home, we have the unique opportunity to compassionately listen to each narrative that makes our Ship sail. So prop your feet up, and get ready to dive in with nine of the season’s best new reads from Ship alumni! 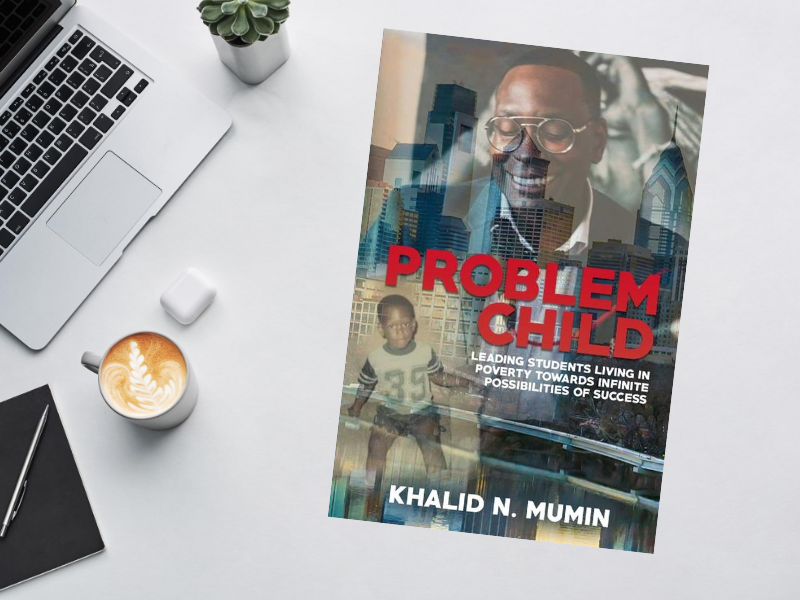 Growing up in Philadelphia, PA, Dr. Khalid Mumin learned over time that when someone believes in you, it provides the necessary fuel to propel you forward. Once labelled a problem child himself, it wasn’t until he was in danger of being placed in a juvenile detention center that he began to take his educational journey more seriously. Now an effective superintendent of K-12 schools, his highly anticipated book, “Problem Child” examines the historical constructs of youth growing up in poverty and emphasizes the ways in which influential mentorship have become one of major pillars of success.  We are fortunate that he has put his experiences and undeniable expertise into print, particularly now during this pivotal moment in history. 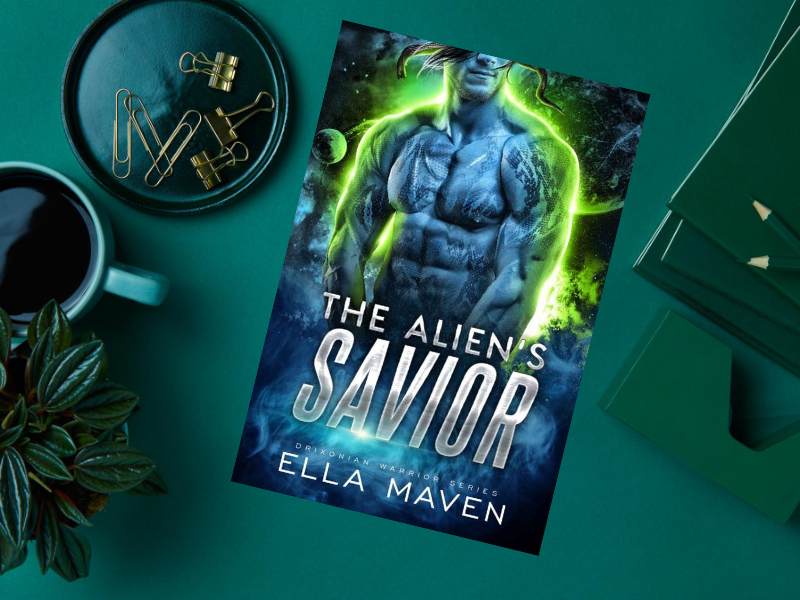 “The Alien’s Savior: A SciFi Alien Warrior Romance”  by Ella Mavin aka Megan (Shirey) Erickson ’05
Ella Maven is the pen name for a multi-published USA Today Bestselling author, Megan Erickson, who decided to finally unleash the alien world that had been living in her head for years. “The Alien’s Savior” is the fifth book in the Drixonian Warriors series about a race of alien warriors on hover bikes who discover human females may just be the key to saving their dying species. Each book is a standalone romance with a series arc. She lives on the East Coast with her “completely normal husband and two spawn who sure seem alien some days”. Check out Ella’s website for all books in the series. 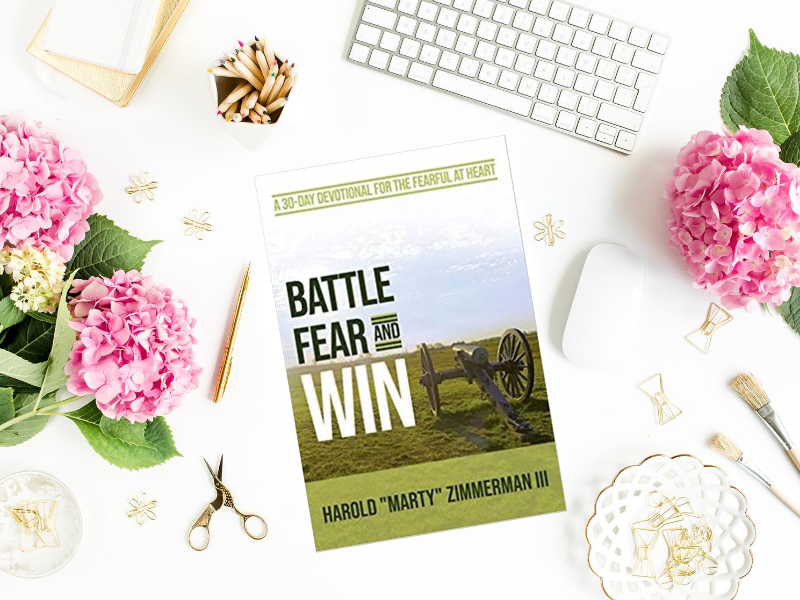 “Battle Fear and Win: A 30-Day Devotional for the Fearful at Heart” by Harold “Marty” Zimmerman III ’18M
In 30 brief daily devotionals, utilizing Scripture, personal experiences, and original poetry, much of it postdating a life-threatening hemorrhagic stroke he suffered at the age of 25, Marty lays out many practical and inspirational tips, principles, and “weapons” he has found to be both essential and effective in fighting his own personal battles with anxiety. Check out Marty’s recent nod in the news. 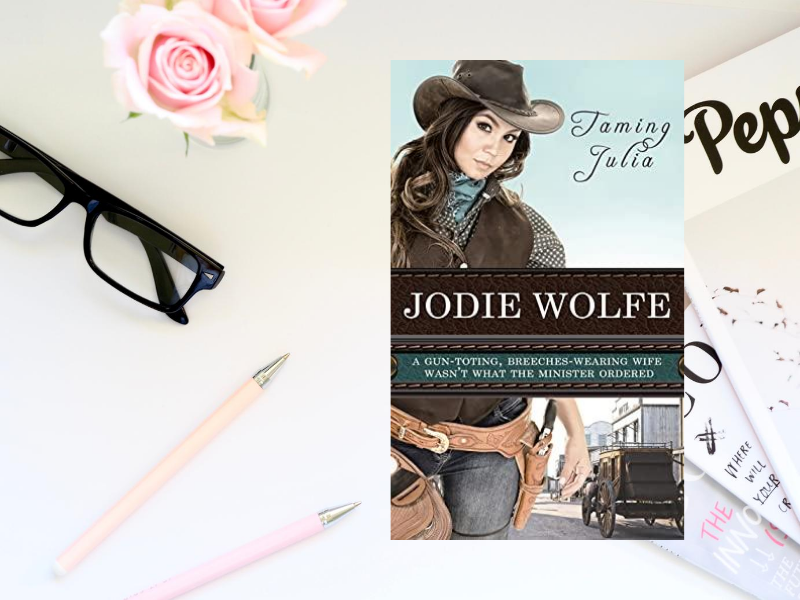 “Taming Julia” (Burrton Springs Brides, #1) by Jodie Wolfe ’88
In 1875, Kansas bachelor Drew Montgomery’s sole desire is to serve God, but his congregation’s ultimatum that he marry or leave, forces him to advertise for a wife by proxy. Jules Walker strides into Drew’s life wearing breeches and toting a gun and saddle–more cowboy than bride. After years on the trail, she’s not exactly wife material, but she longs for home and family, and will do anything to ensure Drew never discovers what she really is.

Author Jodie Wolfe was raised in Hershey, PA and married her ShipMate, David Wolfe ’88. While David was active military, they lived in Georgia, Ohio, and Germany, and now reside about an hour away from Hershey. She is a member of American Christian Fiction Writers (ACFW), Romance Writers of America (RWA), and COMPEL Training.   Check out Wolfe’s recent nod in the news on ABC, Channel 27’s “Good Day PA” series. 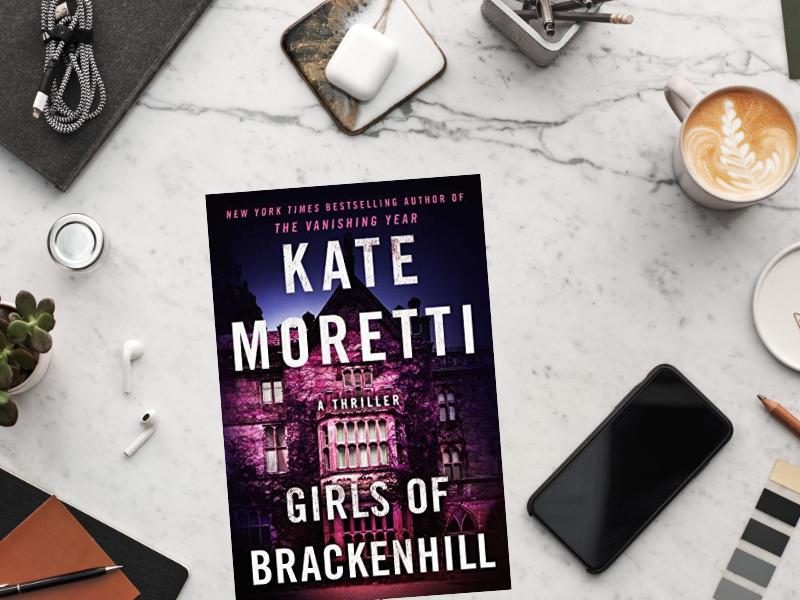 “Girls of Brackenhill” by Kate Moretti ’00
(Preorder for Nov 2020!) When Hannah Maloney’s aunt dies in a car accident, she returns to her family’s castle in the Catskills and the epicenter of a childhood trauma: her sister’s unsolved disappearance. It’s been seventeen years, and though desperate to start a new life with her fiancé, Hannah is compelled to question the events of her last summer at Brackenhill. When a human bone is found near the estate, Hannah is convinced it belongs to her long-lost sister. She launches her own investigation into that magical summer that ended in a nightmare. As strange happenings plague the castle, Hannah uncovers disturbing details about the past and startling realizations about her own repressed childhood memories.

Kate Moretti is a New York Times bestselling author who lives in Pennsylvania with her husband, two kids, and a dog. She has worked in the pharmaceutical industry as a scientist, and has been an avid fiction reader her entire life. 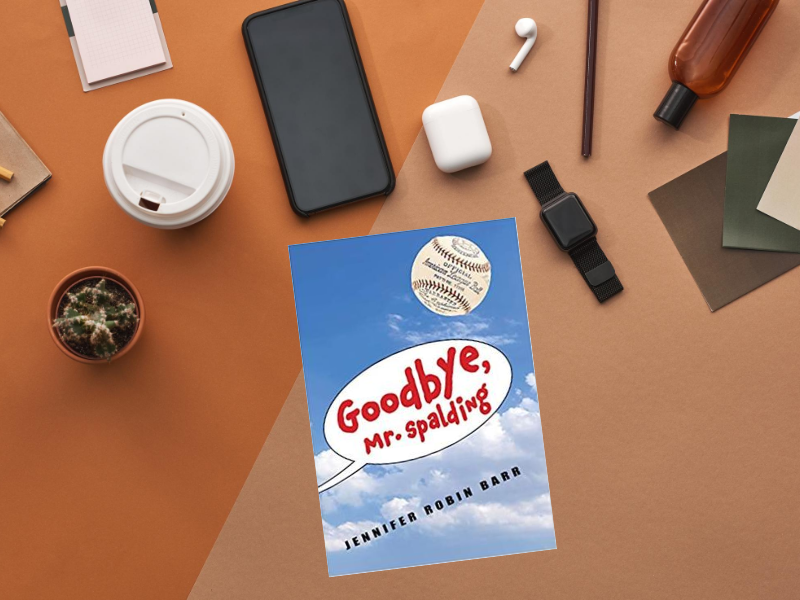 “Goodbye, Mr. Spalding” by Jennifer Robin Barr ’95
Set in Philadelphia during the Great Depression, this middle-grade historical novel tells the story of a twelve-year-old boy and his best friend as they attempt to stop a wall from being built at Shibe Park, home of the Philadelphia Athletics, that would block the view of the baseball field from their rooftops.

Jennifer Robin Barr is a writer from the Philadelphia area. At the start of her writing journey, Jennifer spent a short career writing how-to style guide books, publishing “The Complete Idiot’s Guide To Bridal Showers” in 1999 and “The Everything Scrapbooking Book” in 2002. “Goodbye, Mr. Spalding” is her debut Middle Grade novel. 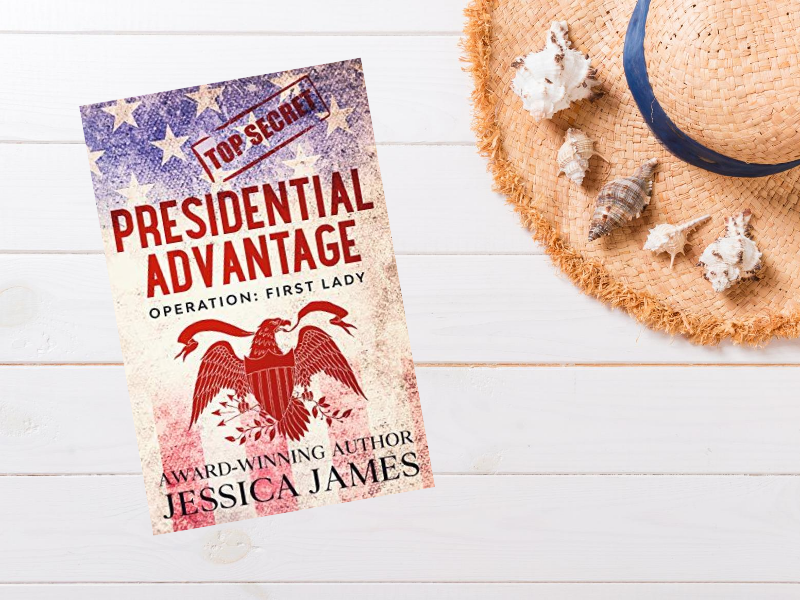 Presidential Advantage: Operation First Lady by Jessica James ’19
When a shy, country girl from Virginia marries a prominent Georgetown attorney, her life is bound to change. But when that attorney is catapulted to the office of President of the United States, she is thrust into the role of First Lady—and uncovers a world of secrets and betrayals that alters everything she once knew.

James is a four-time winner of the John Esten Cooke Award for Southern Fiction, and has won more than a dozen other literary awards, including a Readers’ Favorite International Book Award and a Gold Medal from the Military Writers Society of America. By weaving the principles of courage, devotion, and dedication into each book, James attempts to honor the unsung heroes of the American military–past and present–and to convey the magnitude of their sacrifice and service. Her novels appeal to both men and women and are featured in library collections all over the United States including Harvard and the U.S. Naval Academy. 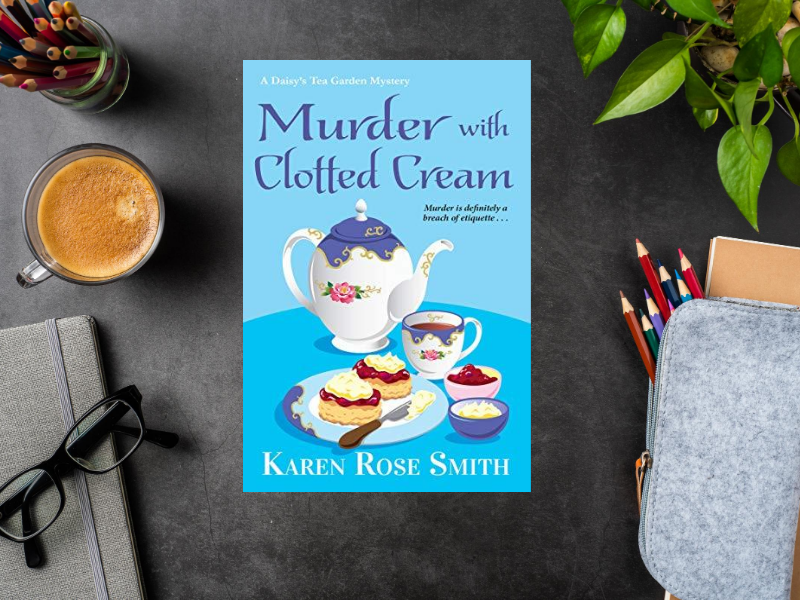 Murder with Clotted Cream (A Daisy’s Tea Garden Mystery Book 5) by Karen Rose Smith ’71
Margaret Vaughn has hired Daisy to provide afternoon tea for her theater group. A local girl who left long ago for an acting career in New York, Margaret has returned home—with a multimillionaire husband in tow. But while Daisy bustles around Margaret’s historic farmhouse, she senses that there’s tension behind the scenes. Then she discovers the hostess on the floor of the pantry—dead and covered with clotted cream. Daisy joins forces with the former detective she’s been dating to help solve the case. 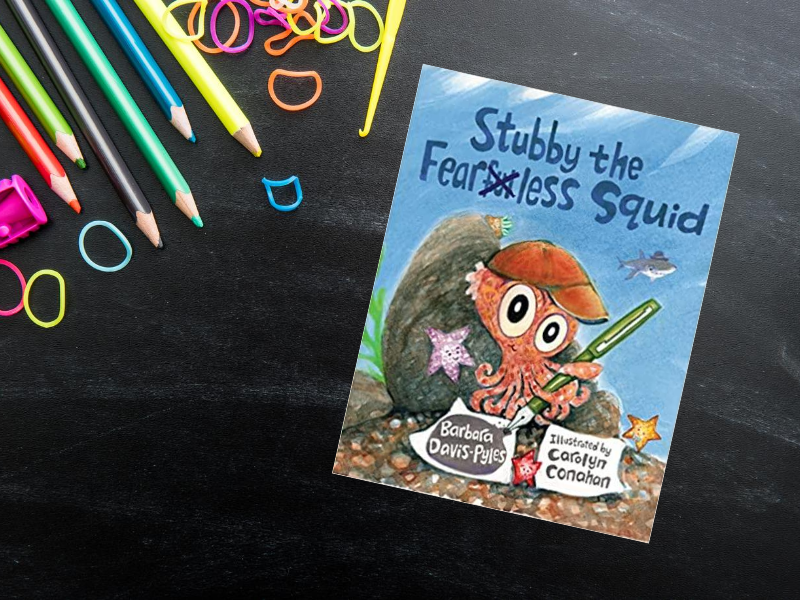 Intimidated by his new pen pal’s name–Razor Clam–and the extraordinary stories Razor writes about his exploits, Stubby gets carried away making up fantastic stories of his own bravery that end up putting him in hot water when something real and scary happens. But perhaps all his brave imaginings have made him brave enough to find a happy ending? Find out in this adorable children’s book perfect for our little future Raiders.

Davis-Pyles lives in the northwest corner of Washington State with her husband, a couple of grizzly kids, and an assortment of furry and feathered friends.
Find out more about Barb at her website.   Preorder her upcoming release here. 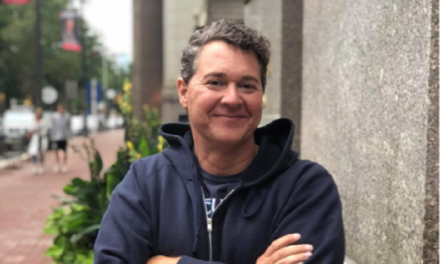 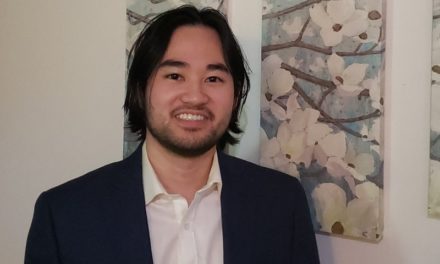 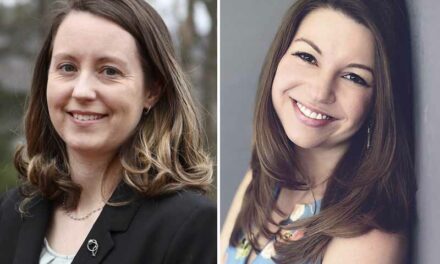 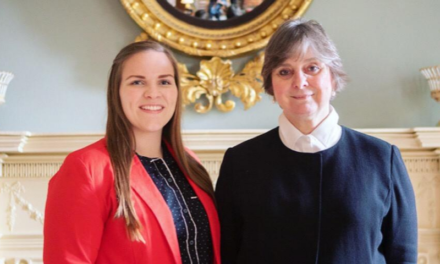