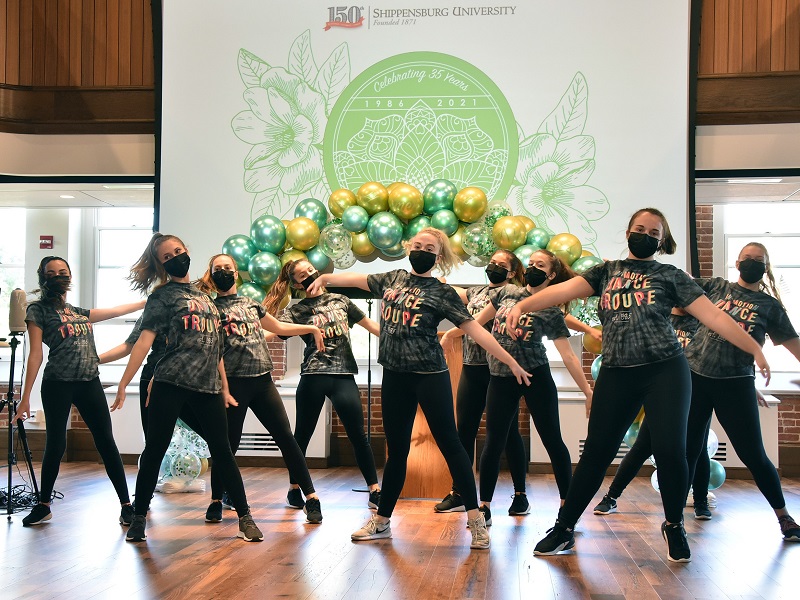 On September 23, 2021 the Women’s Center hosted their 35th anniversary celebration in Stewart Hall. The article below highlights the history and impact of the Women’s Center. It first appeared in the Shippensburg University Magazine. The story was written by Casey Saussaman ’19M.

Thirty-five years ago, the student group Network of the Equality of Women Students (NEWS), led by faculty co-chairs Marilyn Shantz and Mary Libertin, began exploring the idea of creating a space for women. It would be where women could find guidance and mentorship. At the time, most women on campus were first-generation students and in need of additional resources and NEWS envisioned a safe haven of support for students experiencing sexual harassment, assault or discrimination.

On March 3, 1986, their idea became a reality with the opening of the Women’s Center in Horton Hall. With the help of NEWS, the center brought new resources to campus including counseling services for women and programing that would start new conversations and insights to the campus community.

The first event held by the Women’s Center, “Turning the Tide for Women in 1986,” featured Ellie Smeal, the president of the National Organization for Women. Early programming focused on lectures of women’s roles in music, medicine, education, human service professions, government, and business, according to Arielle Catron, director of the Women’s Center.

The Women’s Center has stayed true to the integrity of its origin, with a focus on equality, empowerment, and ending violence for all.

From the perspective of longtime Women’s Center volunteer and Political Science Department chair Dr. Sara Grove, the role of the center on today’s campus goes hand-in-hand with the university’s priorities of diversity and inclusion.

According to its formal mission statement, the Women’s Center is “dedicated to fostering a safe educational environment that is both respectful and inclusive of all members of our campus community. All women and men are welcomed and encouraged to use the Women’s Center services and resources. [The center] is guided by empathy, integrity, and open-mindedness, and a strong commitment to collaboration.”

Catron says the center uses an intersectional lens to guide its programming and services. Intersectionality takes people’s experiences and identities into account to  understand the prejudices they face. Using this approach aids the Women’s Center in its dedication to social justice for all marginalized groups.

Recently, the center hosted an event featuring Dr. Elizabeth Rule, who spoke on Indigenous rights and inequality, attended the recent Rally Against Asian Hate, and started a weekly support group for students with learning difference. In the Fall semester, it will screen “Belly of the Beast,” a documentary examining forced sterilization of incarcerated women in California.

“Our approach has become more broad,” Catron says. “Though all students are welcome to use the services of the Women’s Center, we have a better understanding today of how gender expectations and sexual violence affect people of all genders, sexualities, and expressions. The Women’s Center is dedicated to anti-racism, anti-homophobia, and ending misogyny.”

Catron, a licensed social worker, arrived at Shippensburg University in January 2019 after serving in Widener University’s social work department. Her background includes work for the LGBT Community Center of Philadelphia and Women Against Abuse in Philadelphia.

“I was drawn to this position at Ship for the opportunity to promote healthy relationships and wellness for students and promote gender equity for all on campus,” Catron says. She has always worked in women’s issues, and more specifically, in domestic violence or sexual assault support.

Catron believes the Women’s Center at Shippensburg conducts some of its most important work when no one is watching. Through providing confidential counseling and hosting a support group for students who experience harassment, violence, assault, or other concerns, the Women’s Center guides students to the help and support they need.

“This is often the most effective way we help students stay successful at Ship.” Catron continues, “our most impactful work is rarely seen beyond our office.”

Grove reinforced that belief, adding that the services are also available to men. “I think we often times overlook the fact that there are men who are victimized as well, and the Women’s Center has always been open to supporting all students when they are someone who has felt that they have been a victim of a violent act.”

Grove’s involvement in the Women’s Center dates back to 1992, when she arrived on campus after co-directing the women’s studies program at Frostburg State University. “At that point in time, we were one of the only schools in the State System that actually had a women’s center,” she says. Grove’s background became an asset to the Women’s Center, and she has worked on a number of programs. She was even a regular in the annual Vagina Monologues, a play that explores consensual and nonconsensual sexual experiences, body image, reproductive health, sex work and more.

Another area of focus for Grove is the importance of emphasizing leadership opportunities for women. “I think it is really important to have advocates such as the staff at the Women’s Center, and also the faculty who are affiliated with it, to push these young women to gain the self confidence that really matters.”

She hopes the Women’s Center will continue to be a leader in the State System.

Through the turmoil of the COVID-19 pandemic, the center continued to host events virtually. Self-love workshops, Q&As, Pride Bingo, and the annual Take Back The Night campaign kept students connected to the work of the center.

With the campus return to more reminiscent of pre-pandemic times, Catron looks forward to the ability to host some of the Women’s Center’s annual events once again. The center is set to host Sexy Bingo, to promote healthy sexuality and safer sex practices, the Tulip Planting Ceremony, in recognition of Domestic Violence Awareness Month, and Craft Café, a self-care event. These are just a few of the empowering programs used by the Women’s Center to promote its mission, and it welcomes the entire campus community.

“I am very grateful to be part of the Ship community, and I am so proud of the work of the Women’s Center staff and students,” Catron boasts.

As for the next 35 years, Catron hopes the Women’s Center becomes unnecessary. “While students are still experiencing gender-based or power-based violence, we will be here to support them,” she says. “We will continue our prevention efforts, programming, and workshops until they are no longer needed.” 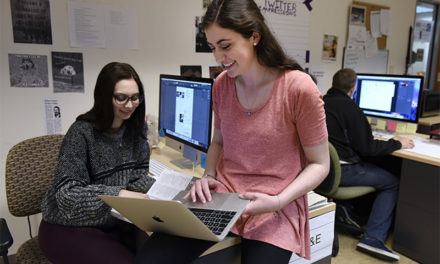 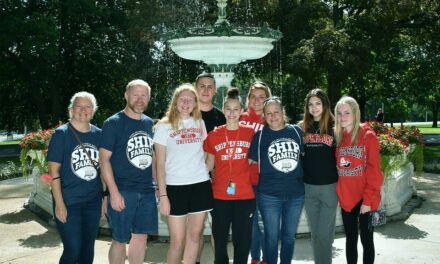 A message from the President: Mask up [video] 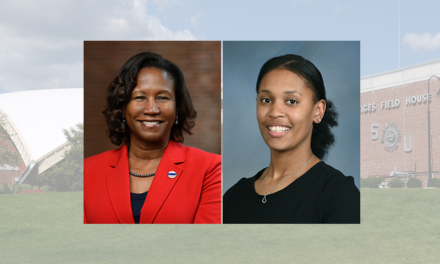