Home » Ship 150: A look back at women’s athletic teams

Ship 150: A look back at women’s athletic teams

Women’s athletic teams at Shippensburg University have been breaking barriers since the early 1970s. The first Women’s Swimming and Diving team was created in the 1972-1973 academic year. In their first season they won all but one swim meet, and the team was known for their academic excellence with all 10 swimmers averaging above a 3.5 GPA during the spring semester. In 1999, the team sent three of their swimmers to nationals. During the Women’s Field Hockey 1976 season, they won their last eight games and continued this streak into their 1978 season going undefeated 27 games in a row. Julia Meszaros Smith, four-year starter and co-captain in the 1976 and 1977 seasons, was named MVP for helping lead her team to victory.

The Women’s Rugby Club was established on campus in 1988, and the Women’s Soccer team played their first intercollegiate season in 1994. During this year, Women’s Tennis placed first in the Pennsylvania State Athletic Conference (PSAC) for the second year in a row with Women’s Track and Field following their second PSAC win after obtaining the title prior in 1993. Continuing into the 90s, the Women’s Basketball team ended their 1996-97 season with a record of 19-3 and, in the PSAC western division, a 7-1 record. The Women’s Softball team won the PSAC Championship in 2003 making this their third championship win in a row. 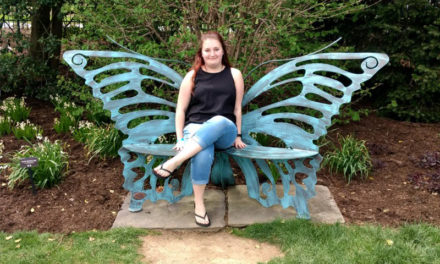 Angela Piper writing a path to success at Ship