Dr. Richard Zumkhawala-Cook, professor of English, will spend five months in India thanks to the Fulbright-Nehru Academic & Professional Excellence Award he recently received.

Zumkhawala-Cook will begin his work at The Maharaja Sayajirao University, Vadodara, Gujarat in January 2017. The title of his project is “The New Readers of Global India: Popular Fiction and National Identity.” He is the 16th Shippensburg faculty member to receive a Fulbright award since 1998.

“The Fulbright-Nehru Fellowship is a perfect way for me to pursue a number of my personal and professional interests,” he said. “I’ve been teaching an Indian novel course for English majors for over a decade at Shippensburg, and while doing my research for the course, I became fascinated by the explosion of popular or ‘pulp’ Indian novels written in English primarily for a non-literary Indian readership.”

The fellowship will also allow him to research how the “newest and hugely popular novels reflect and shape one of the globe’s largest and fast-growing middle-classes. And this population is full of increasingly avid readers of texts in English that represent the lives of educated, travelled and upwardly mobile families. I’ll be looking at the content of these novels, but I’ll also be investigating how the rapidly growing English-speaking, globally conscious, and monied population sees itself imagined in these narratives. I’ll also be researching how the expanding publishing industry is marketing these books.”

As part of his research, he will attend several of India’s literary festivals, including the world-famous Jaipur Literary Festival, which he said has become a magnet for many of India’s pop culture celebrities, from Bollywood film starts to the nation’s most renown politicians.

While in India, he will teach literature at Maharaja Sayajirao University. “I’ve always wanted to teach abroad. As a college student I studied abroad two different times and knew that as a professor I had to take advantage of this opportunity. I’m excited to discover how Indian college students understand the same British and American literature I’ve been teaching since I came to Shippensburg in 2001. I always learn so much from my students. I’ll definitely be bringing my Shippensburg classrooms with me to India. I expect I’ll be bringing my Indian classrooms back to Shippensburg when I return (in Fall 2017).”

Zumkhawala-Cook joined Shippensburg after teaching at Kenyon College, Miami University, Phillips Andover Academy and the Los Angeles Unified School District as a charter member of the Teach for America national teaching corps, according to his website. He also serves as the NCAA faculty athletics representative and regularly hosts a radio show on WSYC, the campus radio station. He earned his Ph.D. and master’s degrees from Miami University, and his bachelor’s degree from Colby College.

His research and teaching interests, according to his website, include 20th-Century British, Irish and postcolonial literature, composition, modernism, postcolonial studies, cultural studies and globalization. He is the author of the book Scotland as We Know It: Representations of National Identity in Literature, Film, and Popular Culture and was recently quoted in an article in The New Yorker on Donald Trump’s mother being an immigrant. 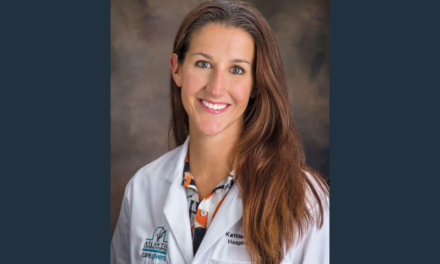