For the second consecutive year, members of student-run SUTV at Shippensburg University are nominees for an Emmy® Award.

The nominees were announced Aug. 14 by the Mid-Atlantic Chapter of the National Academy of Television Arts & Sciences.

According to Dr. Kim Garris, associate professor of communication/journalism and SUTV advisor, “It’s nice when those outside the Shippensburg community also recognize the fine work of our students.”

This year, Brandon “Bubba” Smith was nominated in the sports category for “Red Raider Goes For Gold,” a segment about Shippensburg alumna Neely Spence and her plans to compete in the Olympics. Other nominees in the category are from Kutztown University and Temple University.

According to the call for entries on the association’s website, this category is for outstanding achievement in a regularly scheduled or special presentation of sports news and information.

The SUTV new staff was nominated in the long form category for “SUTV News: Hidden Barriers Studio Production,” a 30-minute segment that looked at diversity of campus. Cited in the nomination were Smith as program director/reporter; John Kyle Rogers, producer/co-anchor; and Rachel Flores, co-anchor/reporter. Other nominees in this category are from Drexel University and Temple.

According to the call for entries on the association’s website, this category is for outstanding achievement in a regularly scheduled or special presentation of a long-form treatment of a single fictional or non-fictional subject.

Michael Gardner, director of broadcasting, said, “These nominations continue to recognize and confirm the quality of (the students’) work, being recognized by such a prestigious organization against two schools in the fourth largest market in the United States.”

The award recipients will be announced Sept. 22 in Philadelphia. 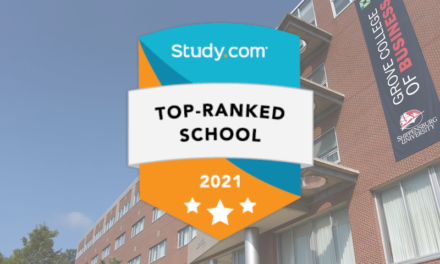 College of Business programs ranked top in the nation by Study.com 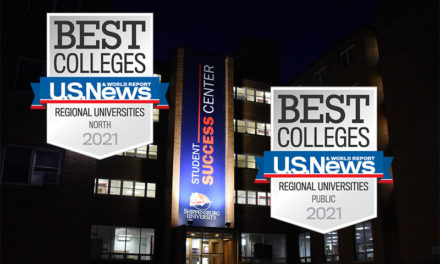